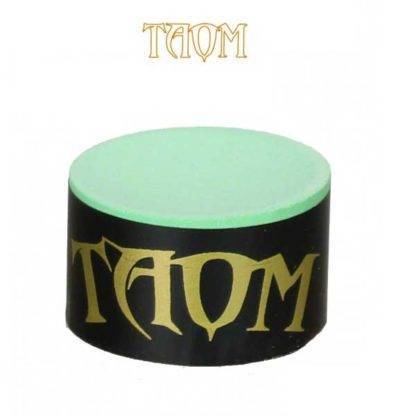 Taom Snooker Chalk Version 2 is being used by many of the leading World Snooker Professional Players since 2017. Overall the weight of the chalk is much heavier than the standard chalks and has a very different consistency over other manufacturers.

Taom Snooker Chalk Version 2 is green and is being used by many of the leading World Snooker Professional players.

Many of the leading players are switching to it at recent events that I’ve been going to, many more have switched to it during 2017. Miscues, kicks and bad contacts have been reduced and due to the colour it doesn’t show up on the cue ball.

Due to the round shape it lasts longer and it has a different feel when going on as well.

In the next lot events you’ll notice the huge amount of players that have switched from using Master Chalk and Triangle to this new round shaped chalk. Although it’s more expensive due to the shape and the compound it’s also going to last a lot longer than others by a long way.

The chalk is made in Finland and measures 1 inch round or 25mm and 16mm in depth.

Gary Knight
World Cue Sports
5
2020-02-20T23:24:01+10:00
Wow! Seemed like I’d only just finalised the order when the goods were arriving at my door. Incredible service and products are top quality. I’ll be gladly recommending the fantastic Sharp Snooker experience to all friends and acquaintances. Thanks again Mick. Gary Knight
https://www.worldcuesports.com.au/testimonials/41927/
Hi Michael, let me say that I’ve re-tipped the cue and it’s deadly, man, really deadly. I might even get a 100 before the week is out !!

Mike Ballam
World Cue Sports
5
2020-02-20T23:33:24+10:00
I have received my new cue and very pleased with it. I will take some photo’s this week and send them to you. Thank you Sam and Mike for putting me correct on the length, spot on. I still love my phoenix unity cue a another very nice cue. Talk to you soon. Mike Ballam
https://www.worldcuesports.com.au/testimonials/41936/
Feedback I promised regarding the g2 tip you kindly gave my colleague to try, he has glowing reports of it‘s performance, feel and general cue ball responsiveness, he thanks you again, I will have to get one myself next time I purchase. 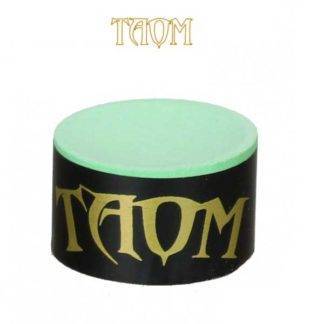 You're viewing: Taom Snooker Chalk Version 2 $24.00
Add to cart
This popup will close in: