The Story of Joe Davis is that he became a professional billiards player at the age of 18, having won the Chesterfield Championship at age 13 and Later Switched to Snooker after realising that Walter Lindrum was almost unbeatable.

In 1926 he reached his first World Professional Billiards Championship final but was unsuccessful against defending champion Tom Newman.

It was to be a case of third time lucky for Davis when he defeated Newman in 1928 to become the world champion at English billiards for the first time which he then defended for the next three years.

He contested the final two more times in 1933 and 1934 losing on both occasions to Australian Walter Lindrum.

Coinciding with his peak as a billiards player, Davis’s interests shifted to snooker and he helped to organise the first snooker world championship in 1927 and won the tournament by beating Tom Dennis, for which he won UK£6 10s.

Following the outbreak of World War II the world championship was not held for the next five years. On resumption in 1946, Davis defended his title making it his 15th consecutive win and thereby holding the title for 20 straight years. To date, he has won more world championships than any other player.

He retired from the event following this victory making him the only undefeated player in the history of the world championships.

Davis proved he was still the man to beat up to the 1950s by winning the News of the World Championship on three occasions during the decade.

His nearest rivals were his brother, Fred, and future world champion John Pulman who each both won it on two occasions. He made history in 1955 by achieving the first officially recognised maximum break of 147 in snooker in an exhibition match at Leicester Square Hall, the country’s mecca for billiards enthusiasts. He had previously made the game’s first century break in 1930.

He was awarded the Order of the British Empire (OBE) in 1963. He continued to play professionally until 1964. 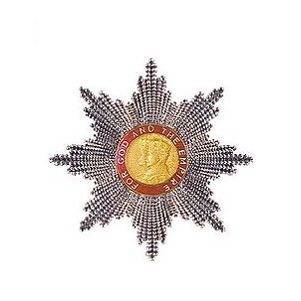 Davis died two months after collapsing while watching his brother play Perrie Mans in the 1978 World Snooker Championship semi-final. His home, in Whitwell, Derbyshire bears a plaque commemorating him.
Here’s Fred Davis in the 1979 World Title at the age of 65 and made a Century Break.

Erica
发自我的 iPhone
World Cue Sports
5
2020-02-20T23:23:18+10:00
Thanks he is very happy with his new cue and the gift certificate has made him happy and he loves the cue. Great to see my phone call prompted you into a new extension for the site and another idea. Erica 发自我的 iPhone
https://www.worldcuesports.com.au/testimonials/41926/
Hi Michael, let me say that I’ve re-tipped the cue and it’s deadly, man, really deadly. I might even get a 100 before the week is out !!

Joe Saliba
World Cue Sports
5
2020-02-20T23:22:32+10:00
Thank you it was nice to do business with you looking forward to putting up the Timesafe light. Looks great at Hornsby RSL. regards Joe Saliba
https://www.worldcuesports.com.au/testimonials/41925/
A week ago I ordered the model from this link. And yesterday I receive the package, in very good condition and without problems. I'd like to tell you that I tested for 3 hours and I want to tell you that it is exceptional. I feel like I've had it for a few years. Is way beyond what I've had so far (Parris). I'm really sorry I didn't do it before. If you ever do this cue again, please let me know.

Henry Chetcuti
World Cue Sports
5
2020-02-20T22:28:42+10:00
Thanks Guys, The case looks great and is exactly what I was after. All the best. Henry Chetcuti
https://www.worldcuesports.com.au/testimonials/41906/
Hey Mike, the cue plays wonderful. Thank you for the service.

Just a heads up - received my cue yesterday - it is brilliant - thank you. I have spent an hour or so with it and it feels like I have been playing with it all my life - thanks again for the awesome cue and quick delivery.
https://www.worldcuesports.com.au/testimonials/43853/
Feedback I promised regarding the g2 tip you kindly gave my colleague to try, he has glowing reports of it‘s performance, feel and general cue ball responsiveness, he thanks you again, I will have to get one myself next time I purchase.

Kind regards Carl Watts
World Cue Sports
4
2020-02-20T23:29:57+10:00
Feedback I promised regarding the g2 tip you kindly gave my colleague to try, he has glowing reports of it‘s performance, feel and general cue ball responsiveness, he thanks you again, I will have to get one myself next time I purchase. Kind regards Carl Watts
https://www.worldcuesports.com.au/testimonials/41932/
Thanks again for the cue it’s perfect, again lol
World Cue Sports
4
2020-02-20T22:37:35+10:00
Thanks again for the cue it’s perfect, again lol
https://www.worldcuesports.com.au/testimonials/41912/
I have received my new cue and very pleased with it. I will take some photo’s this week and send them to you. Thank you Sam and Mike for putting me correct on the length, spot on. I still love my phoenix unity cue a another very nice cue. Talk to you soon.

Very helpful, insightful and speedy delivery – I will be back for more!

Thank you Mick! Got it on Tuesday. Looks and feels great the Cue Creator in Kingwood with Blue Veneer! Very helpful, insightful and speedy delivery – I will be back for more!
https://www.worldcuesports.com.au/testimonials/45080/
Mate, seriously… I love your service… You’re on the money.

Buy Cue Creator® cues that we have in stock. Click here to do so!

This Box will Close In 15 Seconds
0