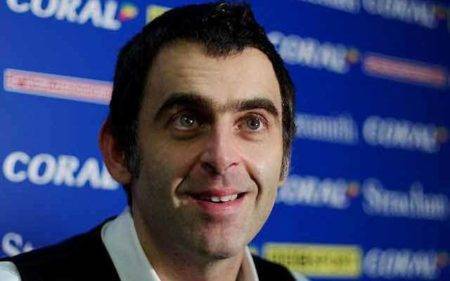 He is seen by many observers of the game as the greatest natural talent in snooker history.

He made his first century break at age 10 and his first maximum break at age 15. He turned professional in 1992, at the age of 16, and soon earned the nickname “The Rocket”.

With career earnings of over £8 million, he is second after Hendry on snooker’s all-time prize-money list. He was ranked world number one for five seasons between 2002/2003 and 2009/2010. His other achievements include ten Premier League titles and winning theNations Cup with England in 2000.

Known as a prolific break-builder, O’Sullivan is second behind Hendry on the list of players making the most competitive century breaks, with a total of 770.

Mike Ballam
World Cue Sports
5
2020-02-20T23:33:24+10:00
I have received my new cue and very pleased with it. I will take some photo’s this week and send them to you. Thank you Sam and Mike for putting me correct on the length, spot on. I still love my phoenix unity cue a another very nice cue. Talk to you soon. Mike Ballam
https://www.worldcuesports.com.au/testimonials/41936/
Wow! Seemed like I’d only just finalised the order when the goods were arriving at my door. Incredible service and products are top quality. I’ll be gladly recommending the fantastic Sharp Snooker experience to all friends and acquaintances. Thanks again Mick.

Gary Knight
World Cue Sports
5
2020-02-20T23:24:01+10:00
Wow! Seemed like I’d only just finalised the order when the goods were arriving at my door. Incredible service and products are top quality. I’ll be gladly recommending the fantastic Sharp Snooker experience to all friends and acquaintances. Thanks again Mick. Gary Knight
https://www.worldcuesports.com.au/testimonials/41927/
Got it thank you - outstanding cue!

Got it thank you - outstanding cue!
https://www.worldcuesports.com.au/testimonials/43615/
A week ago I ordered the model from this link. And yesterday I receive the package, in very good condition and without problems. I'd like to tell you that I tested for 3 hours and I want to tell you that it is exceptional. I feel like I've had it for a few years. Is way beyond what I've had so far (Parris). I'm really sorry I didn't do it before. If you ever do this cue again, please let me know.

Hi Mick, just a big thanks for the new snooker cue. Best I’ve ever had and thanks for coaching! Cheers
https://www.worldcuesports.com.au/testimonials/42829/
My order arrived on time and with a surprise Phoenix tip – Thanks heaps I will give it a go.

Erica
发自我的 iPhone
World Cue Sports
5
2020-02-20T23:23:18+10:00
Thanks he is very happy with his new cue and the gift certificate has made him happy and he loves the cue. Great to see my phone call prompted you into a new extension for the site and another idea. Erica 发自我的 iPhone
https://www.worldcuesports.com.au/testimonials/41926/
Received the Newbury last night and it plays great and getting a lot of interest at the club.

Hey Mike, the cue plays wonderful. Thank you for the service. Greeting from The Netherlands
https://www.worldcuesports.com.au/testimonials/43226/
Hey I love the newbury cue! Putting some frames in with it as I wanna use it in comp next Tuesday. Thanks heaps!