Walter Lindrum was Inducted into The Sport Australia Hall of Fame in 1985 as an Athlete Member for his contribution to the sport of billiards and was Elevated to “Legend of Australian Sport” in 1998.

Lindrum is often considered to be the greatest player ever seen in the sport of billiards, with some 57 world records to his credit, many still standing. Lindrum is also often referred to as one of the Australian all-time great sporting heroes along with Sir Donald Bradman and Sir Hubert Opperman. At his death in 1960 newspapers called him the ‘Bradman of Billiards’.

Lindrum lost the top of his index finger on his right hand in an accident in 1901, so his father taught him to play billiards left-handed. Much of his childhood was spent practising for up to 12 hours a day, under his father’s tutelage. His first professional game was played at the age of 13.

During the mid 1920s Lindrum’s standard of play was without competition in Australia, with many players refusing to compete against him. As a result, exhibition matches were organised, often with New Zealand champion Clark McConachy.

It was not untill 1929 that Willie Smith, considered by many to be one of the best English billiards players of the time, visited Australia and played three fairly even matches against Lindrum. At one game all, Lindrum was forced to abandon the third game midway through, upon the imminent death of his girlfriend. While technically the match was a forfeit, Smith refused to accept the trophy and insisted it be awarded to Lindrum.

Smith, McConachy and Lindrum departed Australia in September 1929 for a tour of England. Between 1929 and 1933 Lindrum dominated the English billiards scene. Often he would start by conceding up to 7000 points to his opponents. Lindrum and his main rivals, McConachy, Smith, Joe Davis and Tom Newman, were considered ‘the big five’.

On February 19, 1931, Lindrum gave a billiards exhibition for the King and other members of the Royal Family at Buckingham Palace. The King presented Lindrum with a pair of gold and enamel cuff-links bearing the royal monogram. These formed part of Lindrum’s essential attire for the remainder of his playing career.

Lindrum won the 1933 world championship and argued that he should be allowed to defend his title in Australia. The match was organised to coincide with the Melbourne centenary celebrations in September 1934. His challengers were McConachy and Davis. Lindrum won this title, but in subsequent years the title became dormant for lack of challengers, until Lindrum relinquished it in 1951 to McConachy who held it until 1968.

During World War II, he raised over $1 million for charity, mainly through staging nearly 4000 exhibition matches throughout Australia.

A few of his many records included the world speed record, set in June 1927, when he scored 816 in 23 minutes in an unfinished break.

In Manchester 1930, Lindrum set a record aggregate of 30,817 during the fortnight (48 hrs) match against Willie Smith. In this match he made ten breaks over 1000 with a highest of 2419. In his final match of the tour against Smith in London, Lindrum’s performance set numerous records: the highest individual aggregate (36,256), the largest winning margin (21,285), a record match average (262), and a record number of four-figure breaks (11). Smith, although beaten, had played exceptionally with an average of 109 per innings for the match.

His record break of 4137 was made in a match he lost against Davis at Thurston Hall, London on January 19, 1932. Lindrum occupied the table for 2 hours 55 minutes, for about 1900 consecutive scoring shots. He also holds the record break for each country that he played in, the fastest century break (46 seconds) and 1011 points in 30 minutes. In 1933 on a tour to South Africa Lindrum claimed a new world record for fast scoring when he completed 1000 points in 28 minutes in Johannesburg. Many of his results brought on changes to the rules of the game. 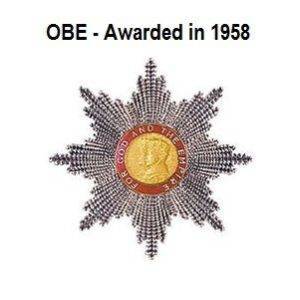 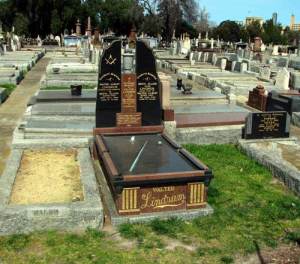 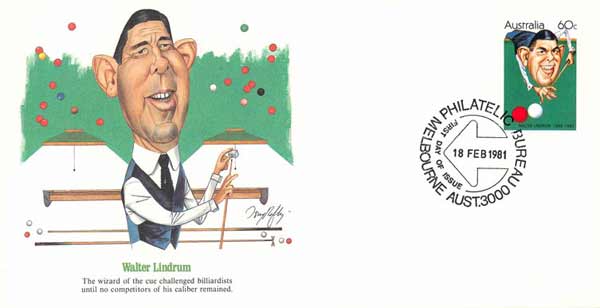 How good was he?
Walter Lindrum was the World Professional Billiards Champion for 4 consecutive years (1929-1933), and so dominated the sport that they changed the rules in an attempt to curb his dominance. One critic Neville Cardus even referred to Bradman as “the Lindrum of cricket”. In June 1927 in Melbourne he claimed a world speed record when he scored 816 points in 23 minutes in an unfinished break.

PRODUCT CATEGORIES
Top Rated Products
Products
Hey I love the newbury cue! Putting some frames in with it as I wanna use it in comp next Tuesday. Thanks heaps!

Thanks again for the great service.
World Cue Sports
5
2020-02-20T23:21:41+10:00
My order arrived on time and with a surprise Phoenix tip – Thanks heaps I will give it a go. Thanks again for the great service.
https://www.worldcuesports.com.au/testimonials/41924/
Feedback I promised regarding the g2 tip you kindly gave my colleague to try, he has glowing reports of it‘s performance, feel and general cue ball responsiveness, he thanks you again, I will have to get one myself next time I purchase.

Very helpful, insightful and speedy delivery – I will be back for more!

Thank you Mick! Got it on Tuesday. Looks and feels great the Cue Creator in Kingwood with Blue Veneer! Very helpful, insightful and speedy delivery – I will be back for more!
https://www.worldcuesports.com.au/testimonials/45080/
Hi, Sam played with the Lucasi cue and it’s Great!

Taylor Young
World Cue Sports
5
2020-05-12T18:10:27+10:00
Just like to say how happy I am with your products and how fast they are arriving. Very happy, will definitely be ordering more soon! Thanks guys! Taylor Young
https://www.worldcuesports.com.au/testimonials/42590/
Thanks Guys,

Got it thank you - outstanding cue!
https://www.worldcuesports.com.au/testimonials/43615/
Mate, seriously… I love your service… You’re on the money.

Mike Ballam
World Cue Sports
5
2020-02-20T23:33:24+10:00
I have received my new cue and very pleased with it. I will take some photo’s this week and send them to you. Thank you Sam and Mike for putting me correct on the length, spot on. I still love my phoenix unity cue a another very nice cue. Talk to you soon. Mike Ballam
https://www.worldcuesports.com.au/testimonials/41936/

The best tips I’ve used in over 35 years of playing. It’s like I only put it on yesterday and it’s been about 4 months!

Joe Saliba
World Cue Sports
5
2020-02-20T23:22:32+10:00
Thank you it was nice to do business with you looking forward to putting up the Timesafe light. Looks great at Hornsby RSL. regards Joe Saliba
https://www.worldcuesports.com.au/testimonials/41925/
Thanks he is very happy with his new cue and the gift certificate has made him happy and he loves the cue. Great to see my phone call prompted you into a new extension for the site and another idea.

Hey Mike, the cue plays wonderful. Thank you for the service. Greeting from The Netherlands
https://www.worldcuesports.com.au/testimonials/43226/
Hi Mick, just a big thanks for the new snooker cue. Best I’ve ever had and thanks for coaching!

Thanks for the quick delivery.
World Cue Sports
4
2020-02-20T22:34:16+10:00
Received the Newbury last night and it plays great and getting a lot of interest at the club. Thanks for the quick delivery.
https://www.worldcuesports.com.au/testimonials/41909/
Just to let you guys know, obviously I've got the cue and been playing with it the last few days, it's really a fantastic cue, looks great, feels very well made, it's got incredible power and I'm super happy with it, one of the best I've ever played with. Well worth the wait. Cheers guys.

Just to let you guys know, obviously I've got the cue and been playing with it the last few days, it's really a fantastic cue, looks great, feels very well made, it's got incredible power and I'm super happy with it, one of the best I've ever played with. Well worth the wait. Cheers guys.
https://www.worldcuesports.com.au/testimonials/47598/
Hi Mick,

Thanks Mick, since purchasing and using the Cue Creator snooker cue I have noticed the difference in my playing which in turn boosted my confidence. I can say that the cue is of high quality materials and feels solid in delivery at every shot I play. I'm very happy with it and I'm glad I took your advice.

Buy Cue Creator® cues that we have in stock. Click here to do so!

This Box will Close In 15 Seconds
0