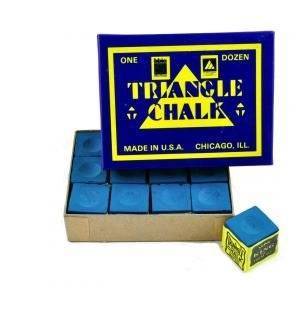 This listing is for triangle chalk in Blue for the use of playing on blue cloth. The box of chalk has twelve pieces. 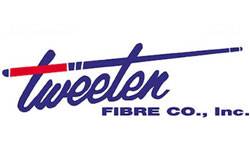 These Tweeten Triangle Chalk 12 Pieces Blue is the most commonly used chalk brand among many Pool Players . A dozen blue chalk cubes in a neat box  should keep you going for a long time. This chalk has a reputation around the world as a fine quality chalk and used by many Pool rooms around the world.

Triangle chalk if watch the top snooker players is used by a majority of them as well as Master chalk.

Chalk in this colour Blue, is mainly used in English Pool and with some snooker  players and especially in American Pool.

PRODUCT CATEGORIES
Top Rated Products
Products
Received the Newbury last night and it plays great and getting a lot of interest at the club.

Erica
发自我的 iPhone
World Cue Sports
5
2020-02-20T23:23:18+10:00
Thanks he is very happy with his new cue and the gift certificate has made him happy and he loves the cue. Great to see my phone call prompted you into a new extension for the site and another idea. Erica 发自我的 iPhone
https://www.worldcuesports.com.au/testimonials/41926/
Hey I love the newbury cue! Putting some frames in with it as I wanna use it in comp next Tuesday. Thanks heaps!

Mike Ballam
World Cue Sports
5
2020-02-20T23:33:24+10:00
I have received my new cue and very pleased with it. I will take some photo’s this week and send them to you. Thank you Sam and Mike for putting me correct on the length, spot on. I still love my phoenix unity cue a another very nice cue. Talk to you soon. Mike Ballam
https://www.worldcuesports.com.au/testimonials/41936/
Feedback I promised regarding the g2 tip you kindly gave my colleague to try, he has glowing reports of it‘s performance, feel and general cue ball responsiveness, he thanks you again, I will have to get one myself next time I purchase.

Thanks again for the great service.
World Cue Sports
5
2020-02-20T23:21:41+10:00
My order arrived on time and with a surprise Phoenix tip – Thanks heaps I will give it a go. Thanks again for the great service.
https://www.worldcuesports.com.au/testimonials/41924/
Just like to say how happy I am with your products and how fast they are arriving. Very happy, will definitely be ordering more soon! Thanks guys!

Taylor Young
World Cue Sports
5
2020-05-12T18:10:27+10:00
Just like to say how happy I am with your products and how fast they are arriving. Very happy, will definitely be ordering more soon! Thanks guys! Taylor Young
https://www.worldcuesports.com.au/testimonials/42590/
A week ago I ordered the model from this link. And yesterday I receive the package, in very good condition and without problems. I'd like to tell you that I tested for 3 hours and I want to tell you that it is exceptional. I feel like I've had it for a few years. Is way beyond what I've had so far (Parris). I'm really sorry I didn't do it before. If you ever do this cue again, please let me know.

You're viewing: Tweeten Triangle Chalk 12 Pieces Blue $6.95
Add to cart
This popup will close in: