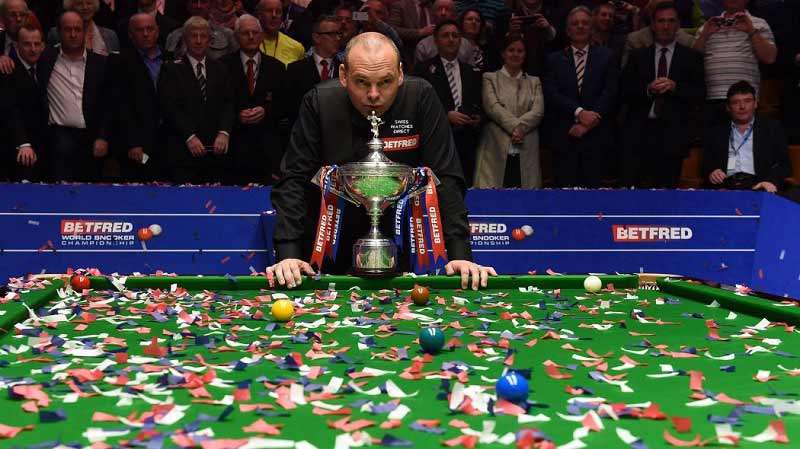 The Stuart Bingham Story is a great interview with the current Snooker World Champion.
As an amateur, he won the 1996 IBSF World Snooker Championship, but he then spent many seasons improving his form to become a top-ranked player some 15 years later. He first entered the top 32 in the world rankings for the 2006/2007 season, and first reached the top 16 during the 2011/2012 season.

At the age of 35, he won the first ranking title of his career at the 2011 Australian Goldfields Open. He claimed his second ranking title at age 38 by winning the 2014 Shanghai Masters and followed this with his first World Championship in 2015, which British media said “completed an astonishing transition from journeyman to king of the Crucible”